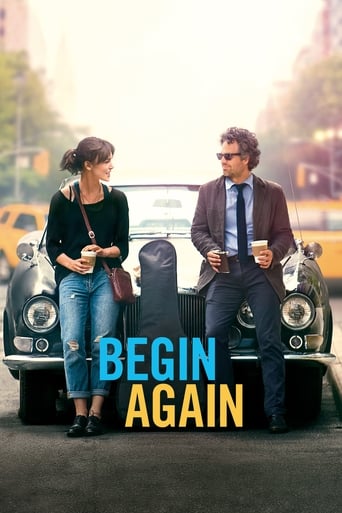 How old was Mark Ruffalo in Begin Again?

Mark Ruffalo was 45 in Begin Again when he played the character 'Dan Mulligan'.

Today he is 52, and has starred in 65 movies in total, 14 since Begin Again was released.

Begin Again scores 7.3 out of 10 on The Movie Database.

Mark Ruffalo's first acting role was as 'Christian' in Mirror, Mirror II: Raven Dance, released in 1994 when he was 26.

Mark Ruffalo in other movies