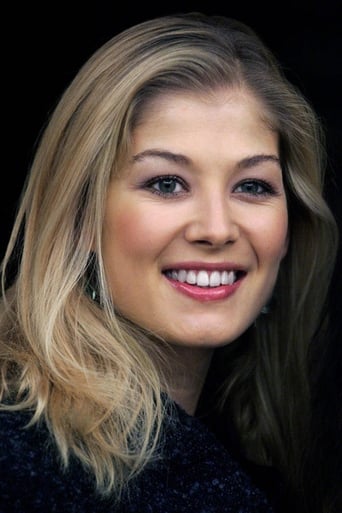 How old was Rosamund Pike in the movie Gone Girl?

Rosamund Pike was 34 in Gone Girl when she played the character 'Amy Elliott Dunne'.

Today she is 43, and has starred in 38 movies in total, 7 since Gone Girl was released.

Rosamund Pike's first acting role was as 'Celia' in A Rather English Marriage, released in 1999 when she was 20.

The cast of Gone Girl

Rosamund Pike in other movies