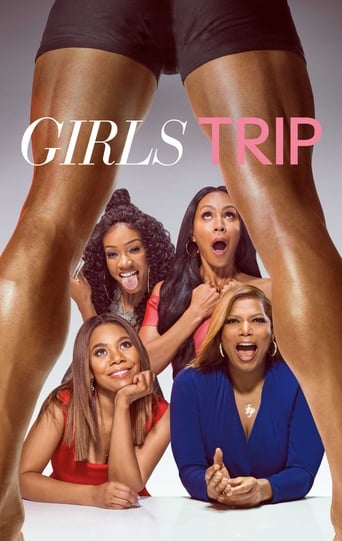 How old was Queen Latifah in the movie Girls Trip?

Queen Latifah was 46 in Girls Trip when she played the character 'Sasha Franklin'.

Today she is 52, and has starred in 53 movies in total, 0 since Girls Trip was released.

Girls Trip scores 6.8 out of 10 on The Movie Database.

Queen Latifah's first acting role was as 'Lashawn' in Jungle Fever, released in 1991 when she was 21.

The cast of Girls Trip

Queen Latifah in other movies